Previously I showed several different methods of machine made buttonholes HERE.   These were all done on Singer machines with various attachments or using the 3-needle positions to make them freehand. 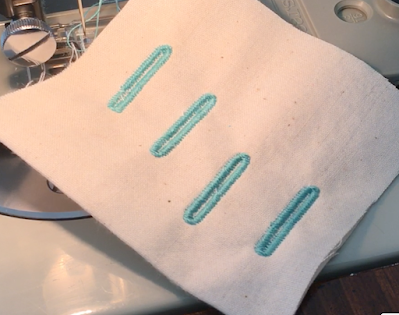 Buttonholes made on Kenmore 158 with "lollipop" guide

The vintage Kenmore 158s I've used don't have three-needle positions and they don't have a built-in buttonhole stitch, either.  Early Kenmores did use a buttonholer attachment like the Greist model that Singer used, but the later 158s had an entirely different system. 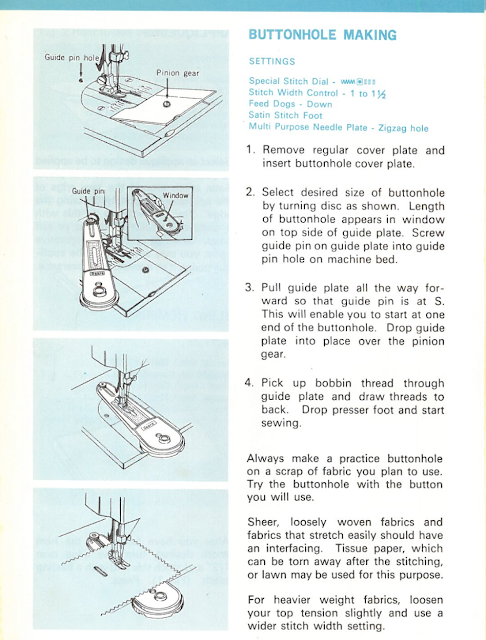 This one consists of a flat plastic guide with the templates on the bottom side.  This plastic guide fits into place over a little protruding pinion gear which follows the template and moves the guide, which moves your fabric with it, forming the buttonhole with the machine's own satin stitch.
There are variations of this system, depending on the machine - some have the pinion gear built in, some have an extension that hooks on the front of the machine, and some, like the one shown here, have an alternative bobbin cover plate that has the pinion gear.

It's pretty simple to use, and makes acceptable buttonholes.  That's about it!

Email ThisBlogThis!Share to TwitterShare to FacebookShare to Pinterest
Labels: Buttonholes