Yes, this is a blog about vintage Singers, and yes, I LOVE them.  But this post is about a KENMORE sewing machine.

I have always shrugged at Kenmore sewing machines, and not because there's anything wrong with them.  But, let's face it, they just don't have the same appeal as most of the classic Singers with the stylish features and catchy names like Featherweight!  Rocketeer!  Slant-O-Matic!  Golden Touch & Sew!

The well-built 158 Kenmores from the late-1950s- late-1970s numbered at more than ONE HUNDRED different models with little to differentiate them to the casual observer.  Some of early Kenmore models were stylish - the Lady Kenmore, for example - but that 158 line was kind of Dullsville.

However, not too long ago a little "bait" found its way into my sewing room.  I bought a box of assorted SM gadgets for $10, culled out the items I wanted, sold off some of the rest, and I was left with these odds and ends: 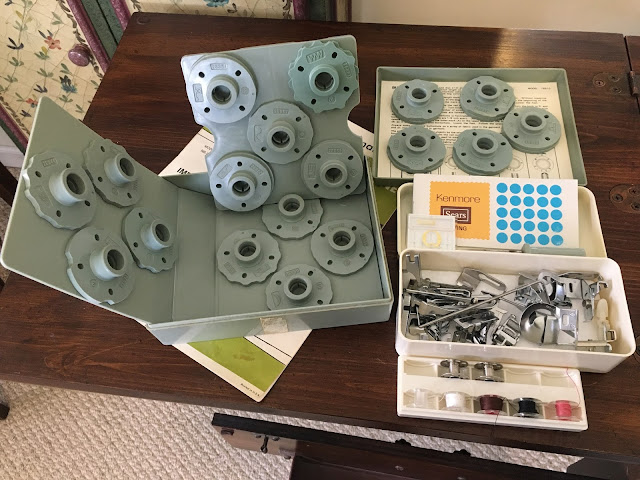 See those double stacked cams?  Those go to a sewing machine that makes "reverse stitch" patterns - or what I generally refer to as Ducks In A Row. (These stitches are accomplished by forward AND reverse movement - thus the double cam.)

When the above cams and feet landed in my lap, I knew it was only a matter of time until...

I found a machine that uses those cams in a Goodwill store for $14.99!


It didn't come with any accessories and it wasn't in a cabinet.  But that was okay, because I already had the accessories, and just days later in another thrift store I found THIS cabinet. 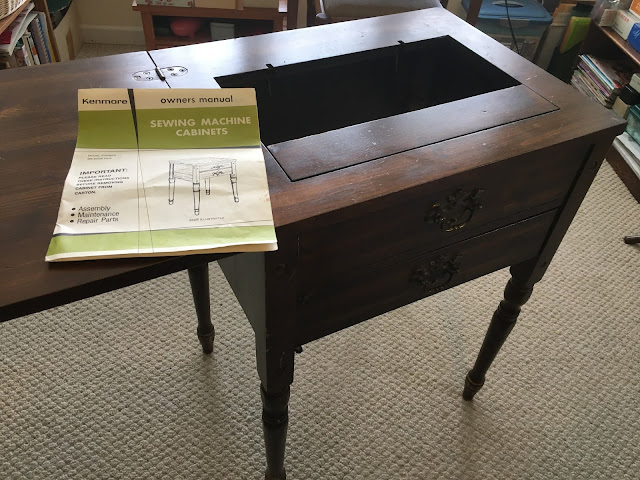 Yes, a Kenmore cabinet with no machine to go with my machine that had no cabinet.  It was only $12.00 (and yes, it's unattractive, but it goes with the machine, so who cares?)

So was this meant to be, or what?  I am favored by the Sewing Machine Gods this way - I can't explain it, so I don't question it. 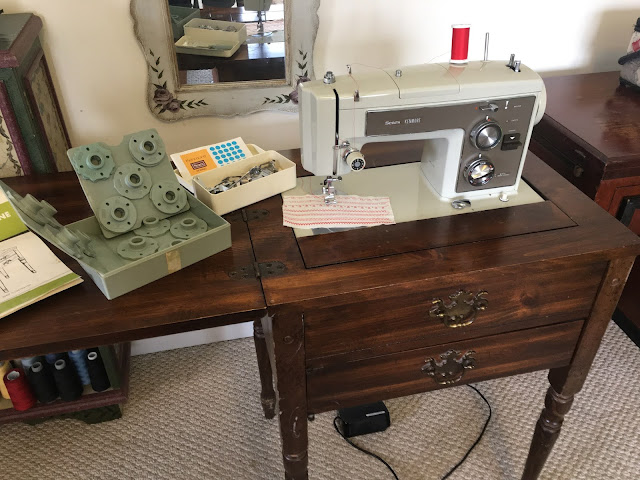 So what is so special about all this?  Well, there are vintage mechanical Singers that do reverse stitch patterns with Flexi-Disc cams, and those are the later models in the Touch & Sew line.  Just one problem: these machines have nylon gears and those gears, at 40-50 years old, are at the end of their life span.  They can theoretically be replaced but it's not an easy job, and may not even be worth the effort and expense (ask me how I know!)

But this Kenmore machine does the double cam patterns AND is an all metal machine. (At least the gears I was able to see are all metal.)  It is a better machine than any Singer with reverse stitch capability.

And here it is making a fish stitch, right below the Ducks in a Row and Flowers in a Pot

The top three (smocking stitch and two different stretch stitches) and the bottom (rick-rack stitch) are built into the machine, along with a three-step straight stretch stitch which isn't shown.  The middle three are insertable cam stitches. 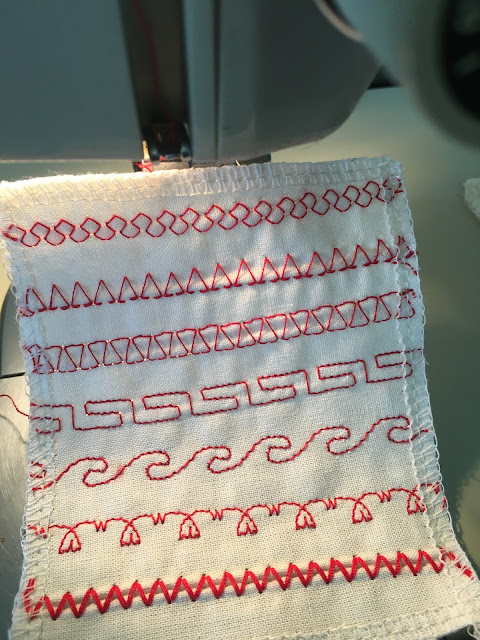 These are all insertable cam stitches.  Super cool! 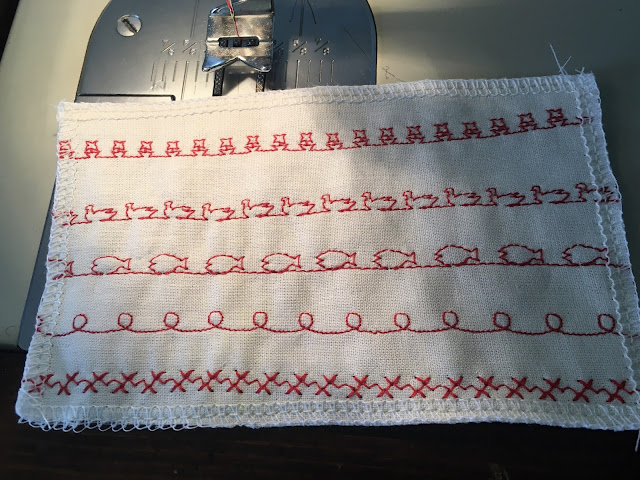